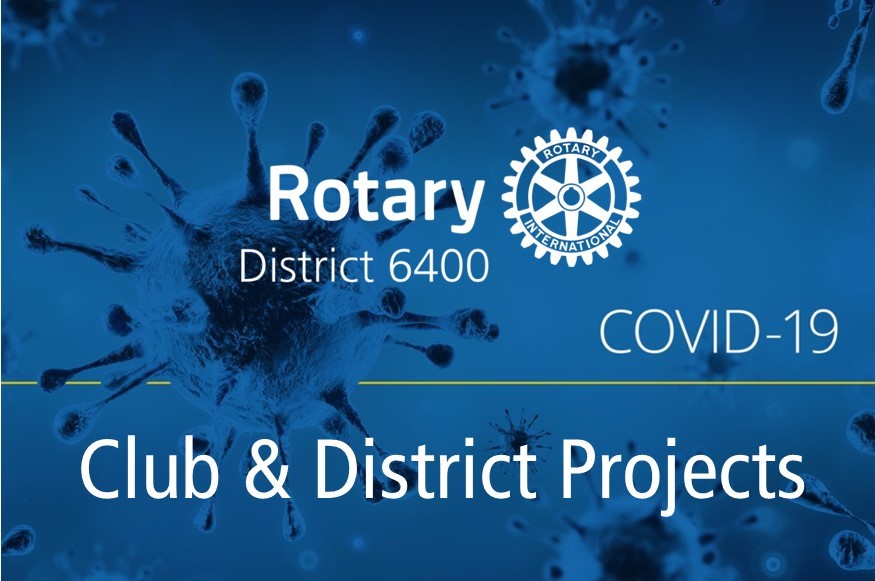 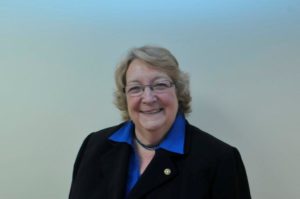 Service Above Self Award   Presented to Jeanne Knopf DeRoche Rotary International recognizes individual Rotarians who have demonstrated EXEMPLARY humanitarian service , in any form at any level, with an emphasis on personal volunteer efforts and active involvement in helping others through Rotary. This is Rotary International highest honor for individual Rotarians.     Jeanne has hosted 6 foreign exchange students, served on District Conference committees & chaired the children’s program.    She has traveled to Africa on 6 Rotary sponsored teams.     In 2005, she traveled to Ghana for a NID.   She returned in Nov 2015 to assist teachers and families in a school built by her Rotary Club in Ghana. In 2013, she was the assistant Team Leader for a VTT to South Africa where she trained teachers in teaching strategies. She returned to Ghana in 2018 and 2019 to commission a school build by 6 Rotary Clubs in her area and train teachers in techniques to engage their students in the classrooms. She is advisor to Interact Club. She is a Major Donor, a Bequest and a Paul Harris Society member.     She is past-President of the Plymouth, MI Chamber of Commerce, served as chairperson of its Annual Auction and chairperson of the Education Committee.   In 2001, the Plymouth Chamber of Commerce voted her “Volunteer of the Year” and in 2019 awarded her the Plymouth Community Legacy Award.   Her humble service of collaboration with various Rotary clubs, other non-profit organizations, community endeavors  is to enhance the community, district, and the world. She is tireless in her commitment to service her community, district, and other countries, while she has been of great assistance to me as the Governor in the creation of a VTT.  She has shown that same humble, caring trait in every endeavor she has undertaken.    Congratulations Jeanne. 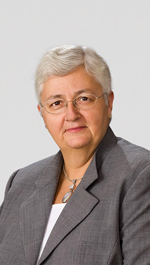 Mary Jean Gallagher, who is a past president of the RC of Windsor-Roseland and has served as a host parent to twelve Youth Exchange students as well as members of nine Group Study Exchange teams. She served as a TRF Volunteer in Action in Brazil and was co-leader of an NID team in India in 2010. She was the team leader for a VTT that traveled to South Africa to train teachers of English as a Second Language and was a consultant to a VTT that traveled to Ghana to train elementary school teachers and develop a curriculum for students that was more interactive. Congratulations MARY JEAN GALLAGHER. 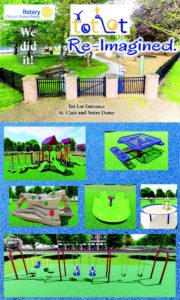 The Rotary Club of Grosse Pointe , Michigan through research and talking to community members took on Tot lot as a project.  This facility needed significant upgrade in all-inclusive accessibility and of the highest standards for ADA Compliance.  The Club decided to have this be a major legacy project!    This was a  $250,000.00  project.   A Captial committee was formed.  This project certainly took into consideration Hugh Archer’s theme of  “ENJOY ROTARY”?    The Grosse Point Rotary Club  helped to establish the  “Rotary Tot Lot Re-Imagined” team  which included:  their Club, GP City Officials, GP City Council, School Board, School District Executive Leadership, citizens of the Grosse Pointe communities and, most importantly, our local paper, the Grosse Pointe News.       The enjoyment of raising over $250,000.00 in less than 120 days was significant.  This was accomplished through the generosity and support of 175 individuals, businesses, foundations and 100% financial support by all our Club members.  Differences were put aside, difficulties were overcome, and there were way too many smiles being displayed.  We succeeded and enjoyed greatly together!  The crowning achievement was the miles of smiles and grins from the tots of the community enjoying their new play park and the enjoyment of the parents seeing their kids so happy.  Congratulations to the Rotary Club of Grosse Pointe. 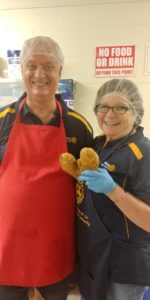 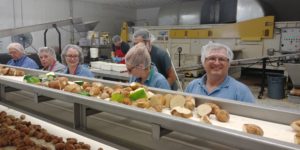 Rotary is where people share ideas, join leaders, and take action to create lasting change.   Dedicated to helping feed the hungry, Rotarians from 11 Windsor and Essex County clubs from Super District 6400 joined the Southwestern Ontario Gleaners in a 24-hour marathon of cutting, cleaning, dehydrating, and packaging soup mix for distribution to community partners and relief agencies in their community and around the world.  Place such as Tanzania, Peru, Nunavut & Windsor and Essex County have benefitted from the work of SWO Gleaners just to name a few.    Rotarians, family, and friends all worked together at the facility in Leamington Ontario for 24 hours straight, Friday, August 16th at 4pm until Saturday, August 17th at 4pm.    While the 11 local clubs registered for 2-hour shifts, 4 Rotarians and one SWO Gleaner Board Member were so dedicated to helping feed the hungry, that they signed up for the entire 24 hours. These members collecting pledges to go towards the other ingredients needed to complete the soup mixture such as beans, rice and peas.  At the close of this project $13,000 was raised from pledges and donations from the area Rotary Clubs.    With 12 clubs along with family and friends how could we NOT ENJOY ROTARY at this event.  Everyone involved was able to meet new people, enjoy laughs, learn from each other.  Excellence and beyond.  We not only met the expectations of the organization, we blew it out of the water.  All shifts were covered to ensure that the line moved for the entire 24 hours.  We raised over $13,000 when our goal was $5,000.  The funds will be used to purchase the rice and grains to be added to food packages.  100% participation from all clubs in Area 9 and 10.  250 volunteers shared their strength to process 22,000 lbs of food which equals over 150,000 servings of food. 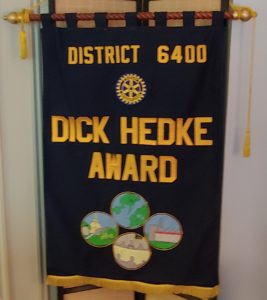 Dick Hedke Award   Dick Hedke, in his professional life was an Executive Vice-President of Eaton Chemical and Dyestuff company of Detroit. He was born in Neuwedel, Germany and was educated in the United States in public schools in Cleveland, Ohio and our own Trenton, Michigan.  Hedke joined as a member of the Rotary Club of Detroit in 1920, and eventually served as President of the club. From there he served Rotary International as District Governor, RI Director and he was Rotary International President 1946 – 47. He also served as a member of the Rotary Foundation Board of Trustees. This award is in honor and remembrance of Dick Hedke’s contribution to Rotary International, but it especially honors the contribution that he made to our District Clubs.

As part of the Hedke Award, we also select several Service Division Recognition awards. They are as follows: 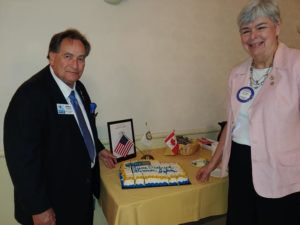 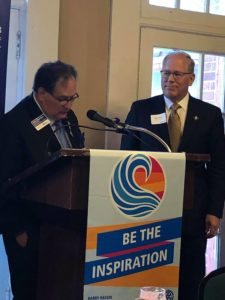 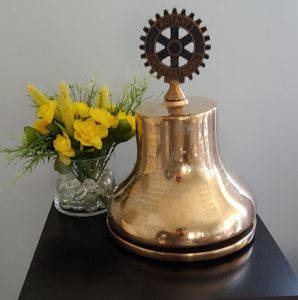 OTHER DISTRICT AWARDS –    The following clubs are awarded special district recognition in each of these categories: Best Communication using

Overall Percentage of Increase and Net Gain: Cottam.
Congratulations to all our clubs for increasing the membership of Super District 6400″. 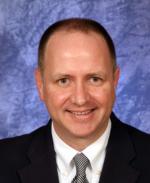 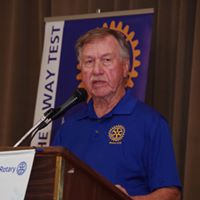